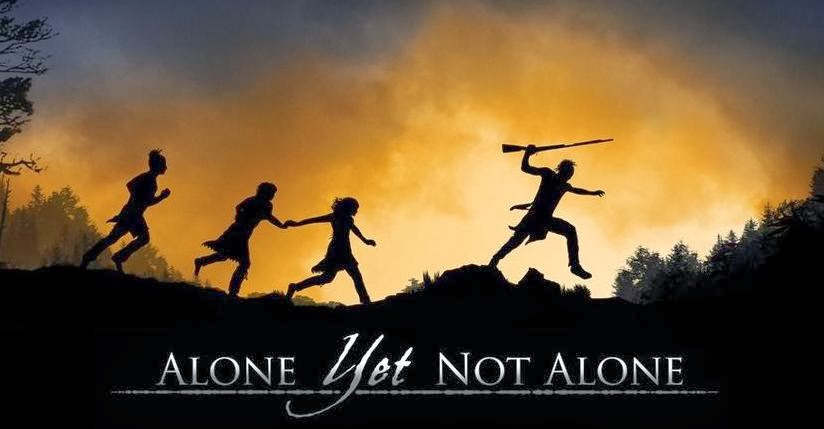 Many entertainment pundits were shocked when the obscure religious film Alone Yet Not Alone came out of nowhere to receive a Best Original Song Oscar nomination for a song of the same name.

But now in an extraordinarily rare move, the Academy of Motion Picture Arts & Sciences has rescinded the nomination, arguing that the song's author, Bruce Broughton, improperly lobbied Academy voters, according to People Magazine. Broughton is a former member of the Academy's Board of Governors and a current member of the Music Branch executive committee, and the Academy argues that a "for your consideration" letter that he sent to Academy members may have broken strict Academy guidelines and improperly implied an official Academy endorsement of the film.

Revoking an Oscar nomination is very rare and has only happened a handful of times, according to Entertainment Weekly. In 1992, Uruguay's official Best Foreign Language Film nomination for A Place in the World was rescinded after it was discovered that the film was produced in Argentina. In 1972, The Godfather received a Best Original Score nomination, but when it was revealed that part of the theme had been used in another movie, the music branch had a revote and it did not get nominated the second time around. And in 1968, the documentary Young Americans was declared ineligible after already winning the Oscar, and the award was subsequently given to runner-up Journey Into Self.

The Academy has announced that it will not replace the nomination, and that the remaining four nominees will compete against each other for the award. Those nominees are:

Broughton claims he did nothing improper. Check out this news clip for more:

In 2013, many giants in Hollywood were lost, including Roger Ebert, perhaps the most famous movie critic of all time, and eight-time Oscar nominee (and recent Cosmo Hall of Famer) Peter O'Toole.

Here is the Cosmique Movie Awards' tribute to some of those lost to us in 2013.

In Memoriam 2013 from Kevin Goebel on Vimeo.

Email ThisBlogThis!Share to TwitterShare to FacebookShare to Pinterest
Labels: Memorials 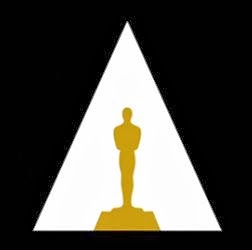 So this year you're determined to see as many Oscar-nominated films as you can before the awards ceremony on March 2nd. You said that last year, too, but this year you really mean it.

But you've got to be organized, right?

Not to worry, we have you covered.

First, download our spreadsheet for Oscar Watch List. On the "Films" tab, use the pull-down menu to indicate which films you've seen. The "By Category" tab will help you see which categories most important to you still need to be rounded out.

Now check the list below to see where you can find the nominees. Some are out on DVD or soon will be. You may be able to borrow them for free from the San Francisco Public Library. Some are available from Netflix Streaming. Some are still in theaters.

Release dates marked in red won't be available until after the Oscar (though you still might want to catch them should they receive a Cosmo nomination).

Fortunately, all of the nominated feature-length documentaries have been released on DVD. In addition, four of the five are on Netflix streaming and the fifth is available at the San Francisco Public Library.

The Best Foreign Language Films are currently the hardest to track down. One is already available on Netflix Streaming. Another will be in limited release in theaters starting in February. We'll keep this list updated as more information becomes available.

Of all of the shorts, only one (Ferel) is readily available. It can be purchased on Vimeo on Demand. However, some larger cities will be having screenings where all of the shorts can be seen. In addition, they are all expected to be available on iTunes and Amazon Instant Video within the next few weeks. 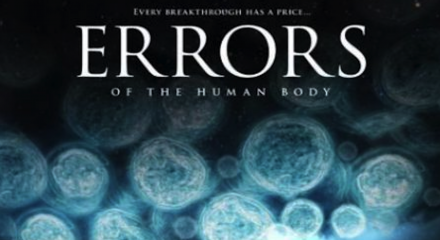 Synopsis: This brooding, psychological thriller could have survived its terribly slow pace if the payoff had been worth it.


Errors of the Human Body begins with an interesting premise – the study of a top-secret human regeneration gene that promises to be the basis of this sci-fi thriller. We don’t object too much to the languid pacing because the cinematography beautifully captures Dresden, Germany, and the ominousness of the research lab.

It’s easy to get lost in these shots as the story unfolds. Unfortunately, there’s not much of a story to unfold. And in the end, the climactic dramatic reveal isn’t all that surprising and isn’t nearly enough of a payoff to merit sitting through this film.

But I do have one question (our watchers were split): did the mouse grow a tail, or did the tail grow a mouse? 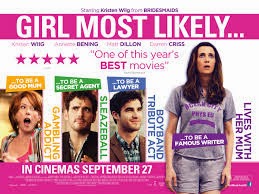 She has a lot to live up to. And a few things to live down.

Synopsis: Tepid romantic comedy with a talented cast wasted on a script that is more flat than funny.

IMDB lists Girl Most Likely as a 2012 film, but it didn’t get a U.S. release until July of 2013, and even that was a limited theatrical run. That should have been my first clue that it wasn’t exactly a worthy successor of Kristen Wiig’s Bridesmaids.

But I loved Bridesmaids. It was unexpectedly funnier than the typical rom-com. Annette Bening is a two-time Best Actress Cosmo winner.  And I was so curious to see “Glee’s” Darren Criss in a feature film. So after confirming that it was technically eligible for the 2013 Cosmique Movie Awards, I put it in my Netflix queue.

Sadly, it just didn’t work. The talented cast was wasted on a script that was more flat than funny. I love Darren Criss’ fresh innocence, but he and Kristen Wiig had absolutely no chemistry. They seemed more like good friends than romantic interests.

I really don’t know where this might end up on my Cosmo ballot. Not bad enough to merit Worst Movie, but not good enough for even a Guilty Pleasure nod unless I’m desperate. It was just … eh. 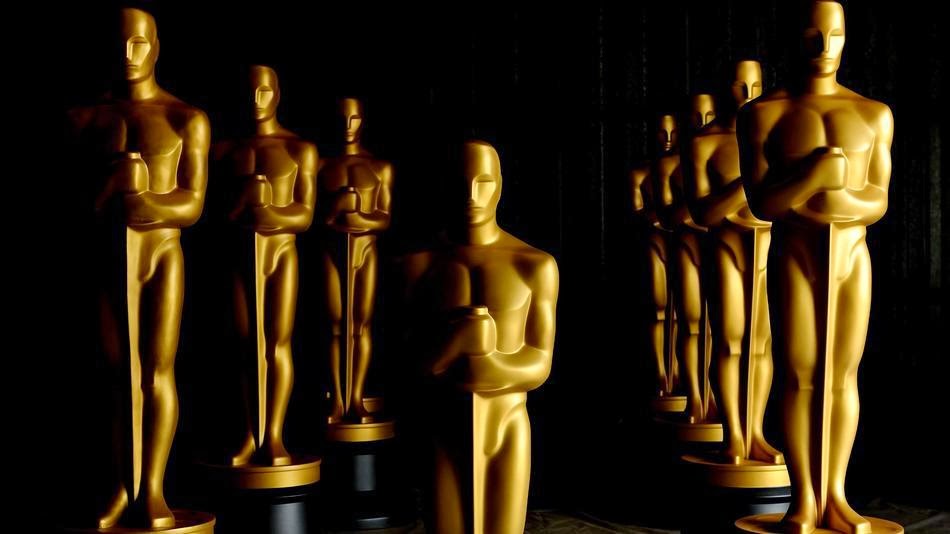 The Academy of Motion Picture Arts & Sciences has announced their nominees for the Oscars, and if you're like most people, you've probably only seen a handful of them.

And if your time is limited, chances are you'll only be able to catch a handful more before your Oscar party on March 2, 2014.

So how to prioritize?

We've created a prioritized list that ranks films based on the total number of Oscar nominations the film has received and then further prioritized based on the number of nominations in top categories (Best Picture, Director, and the Lead and Supporting Acting categories), and then by prioritizing feature-length films over shorts, which are often hard to track down for casual viewers.

Nominations are OPEN for the 10th Cosmo Awards!

It's time to vote! Nominations are now open for the Tenth Mostly-Annual Cosmique Movie Awards.

The deadline to vote is Friday, February 21, 2014 at midnight, so that gives you about a month to make notes, catch up on last-minute considerations, and fill out your ballot either in MS Word, plain text, or online.

Don't worry if you haven't seen a lot of the Oscar-bait movies. We've always maintained that the Cosmo Awards are as much about what we're drawn to watch as they are about what we enjoyed watching. Whether you're into Oscar hopefuls, high brow indie art films, summer blockbusters, chick flicks, trashy sexploitation comedies, epic historical films, sword and sorcery flicks, superheroes -- whatever you're into, your opinion still matters to us. And we'll keep your votes confidential.

Remember, it's okay to vote early. If you change your mind about anything, simply email a note explaining your changes to the email address listed in the ballot form.

This year, we're making two changes to categories, both expansive.

You are allowed to vote for up to five different nominees in each category. You do not have to fill in all five slots if you don't want, and you can ignore entire categories if you want. You cannot vote for the same nominee multiple times in a single category. However, passion counts, and for that reason we allow you to mark one of your nominees with a Power Vote, which has the effect of giving it extra weight. The Power Vote is optional and can only be used for one of your five nominees, not for a sixth different film or performance.

We have provided some scope notes for each category, but ultimately it's up to each individual voter to decide whether a particular performance counts as Leading or Supporting, whether a film appropriate fits in a particular genre category, and so forth. If you have an unconventional opinion about a particular nominee, you are free to lobby your fellow voters.

The nomination process can be challenging and intimidating. We've pulled together some resources to help you make your decisions.

Ballots are due by Friday, February 21, 2014. There are a few different ways to vote:


If you want to change any of your nominations before the February 21 deadline, simply email the email address listed on the ballot form and explain the changes you want to make.

Happy voting!
Posted by Kevin @ BGFH at 8:05 AM No comments:

Email ThisBlogThis!Share to TwitterShare to FacebookShare to Pinterest
Labels: 2013 Awards

The Academy of Motion Picture Arts & Sciences announced the 86th Annual Academy Awards, and American Hustle and Gravity lead with 10 nominations each, followed by 12 Years a Slave with 9 nominations.

Winners will be announced at a live broadcast on March 2, hosted by Cosmo winner Ellen Degeneres.

In a previous post, we reported on the nominees for the San Francisco Film Critics Circle Awards. Those awards are one of other awards we use in our algorithm for determining the Cosmique Movie Awards' Best Director nominees.

Here are their nominees with the winners bolded: