Moonlight and Hidden Figures Battle Out for Top Cosmo Honors

Both win four Cosmos, with Moonlight winning Best Film of 2016 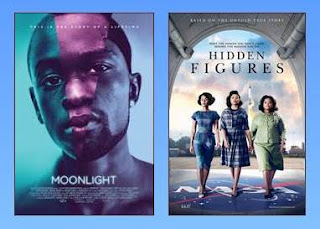 Vertigo was inducted into the Lifetime Achievement Hall of Fame. It was previously nominated for Movie With the Best Background Scenery and Most Effective Use of a Song or Background Music at the first Cosmos, winning neither.

Other top 2016 winners with three wins each include Deadpool (Best Comedy, Favorite Heroic Male Character for Ryan Reynolds, and Best Superhero Film), La La Land (Best Musical and well as Actor/Actress’ Character You Would Most Like to be Intimate With for Ryan Gosling and Emma Stone), and Rogue One: A Star Wars Story (Best Visual Effects, Best Cameo for Carrie Fisher, and Best Male Villain for James Earl Jones, Spencer Wilding, and Daniel Naprous as Darth Vader).

In addition to her Best Cameo win, Carrie Fisher was also posthumously recognized as the co-subject of the Best Documentary win for Bright Lights: Starring Carrie Fisher and Debbie Reynolds.

Winners of the 2016 Cosmo Awards 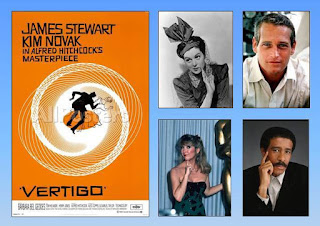 Winner: Vertigo
Additional Nominees: Amadeus; Dead Again; The Lord of the Rings: The Fellowship of the Ring; The Silence of the Lambs; and The World According to Garp

Best Actresses of All Time Hall of Fame (2016 Awards)

Best Actors of All Time Hall of Fame (2016 Awards)

Best Comedic Actresses of All Time Hall of Fame (2016 Awards)

Best Comedic Actors of All Time Hall of Fame (2016 Awards)

Best Cinematography, Art Direction or Set Design for a 2016 Film

Best Costume Design Or Make-Up for a 2016 Film

Best Visual Effects for a 2016 Film

Best Performance by a Young Actress in a 2016 Film

Winner: Madina Nalwanga in Queen of Katwe
Additional Nominees: Beau Gadsdon in Rogue One: A Star Wars Story; Edith Haagenrud-Sande in The Wave; Jadyn Malone in Arrival; Sofia Rosinsky in The Other Side of the Door; and Madison Wolfe in The Conjuring 2

Best Performance by a Young Actor in a 2016 Film

Winner: Alex R. Hibbert in Moonlight
Additional Nominees: Gabriel Bateman in Lights Out; Logan Creran in The Other Side of the Door; Jack Fulton in Closet Monster; Sunny Pawar in Lion; and Neel Sethi in The Jungle Book

Best Performance by an Ensemble Cast of a 2016 Film

Sexiest Ensemble Cast of a 2016 Film

Winner: Ryan Reynolds in Deadpool
Additional Nominees: Matt Damon in Jason Bourne; Dylan Minnette in Don't Breathe; Eddie Redmayne in Fantastic Beasts and Where to Find Them; Alexander Skarsgård in The Legend of Tarzan; and Anton Yelchin in Green Room

Best Female Villain of a 2016 Film

Winner: Ryan Gosling in La La Land
Additional Nominees: Jon Cho in Star Trek Beyond; Ryan Corr in Holding the Man; Max Greenfield in Hello, My Name is Doris; Miles Heizer in Nerve; and Blake Jenner in Everybody Wants Some

Winner: Fantastic Beasts and Where to Find Them
Additional Nominees: Alice Through the Looking Glass; Ghostbusters; The Jungle Book; Miss Peregrine's Home for Peculiar Children; and Warcraft

Best Horror or Thriller Film of 2016

Winner: 10 Cloverfield Lane
Additional Nominees: The Conjuring 2; Don't Breathe; Green Room; Lights Out; and The Other Side of the Door

Best Mystery or Suspense Film of 2016

Winner: The Girl on the Train
Additional Nominees: A Cure for Wellness; Nerve; Nocturnal Animals; Now You See Me 2; and Zootopia

Most Overrated Film of 2015

Worst Performance in a 2016 Film

Winner: David Spade in The Do-Over
Additional Nominees: Nicolas Cage in Army of One; Jesse Eisenberg in Batman v. Superman: Dawn of Justice; Megan Fox in Teenage Mutant Ninja Turtles: Out of the Shadows; Kevin Hart in Ride Along 2; and Adam Sandler in The Do-Over
Posted by Kevin @ BGFH at 5:34 PM No comments: