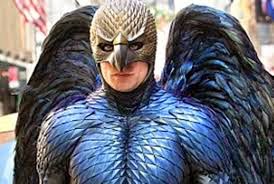 When the Oscar nominations are announced, many people rush out and try to see as many of the Oscar-nominated films that they can before the awards ceremony. (The next Academy Awards will be on February 22, 2015.)

To help you get a head start, we've looked at Gold Derby's Oscar predictions and created a weighted list based on their predictions for the top six categories: Best Picture, Best Director, and the four lead and supporting acting awards. (We figure those are the awards that casual viewers are most interested in.)

Their lists rank their predictions in each category, extending far beyond the number of available nominees for each award. This chart I've made shows:

Email ThisBlogThis!Share to TwitterShare to FacebookShare to Pinterest
Labels: 2014 Films, Oscars, Other Awards 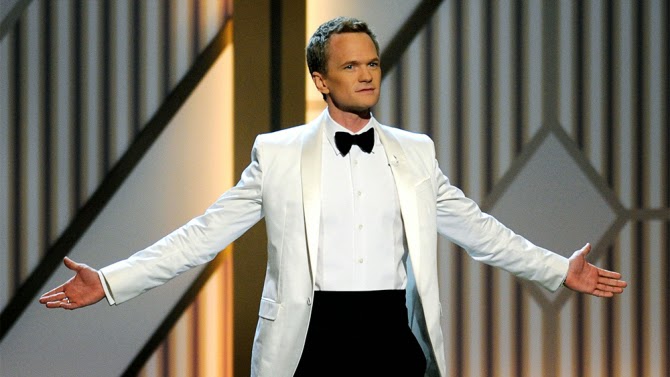 Variety is reporting that Neil Patrick Harris has been selected to host the 87th annual Oscars, which will be televised on February 22, 2015.

All he has to do now is host the Grammys to have the EGOT of awards hosting.

There's no EGOT for hosts, just winners, but it's fun to imagine. An EGOT is someone who has won an Emmy, Grammy, Oscar, and Tony. If Harris is nominated for and wins a Grammy for the cast recording of Hedwig, he'll just need to win an Oscar to have an actual EGOT.

He won't be the first openly-LGBT person to host the Oscars; Cosmo-winner Ellen Degeneres hosted in 2007 and again last year. Like Harris, she has also hosted the Emmys, but has not hosted the Tonys.
Posted by Kevin @ BGFH at 2:54 PM No comments: