ANNOUNCEMENT: We are extending the deadline to cast your nominations to Wednesday, August 9, 2017 at midnight PDT. Scroll down to "Cast Your Nominations" for online and downloadable ballots. 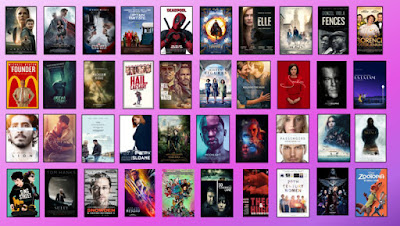 Part of the delay was intentional. Some voters had complained that our previous schedule (beginning nominations with the announcement of the Oscar nominations, announcing our nominees on the day of the Academy Awards) was too rushed. Many voters get a sense of what they want to see from the Academy Awards, often at the night of the awards ceremony itself.

So we decided to delay things a bit, but neglected to tell you that, and then life got in the way and delayed things further.

I know it seems so long ago at this point, but if you can pause on Wonder Woman, Alien: Covenant, and Guardians of the Galaxy 2 for just a moment and cast your minds back to Moonlight, La La Land, and Rogue One: A Star Wars Story, that would be great.

Every year we make some slight changes to our awards categories. This year there's one one-off change and another cosmetic change.

Last year, there were so many films set in San Francisco that we decided to have a one-off "Best San Francisco Film of 2015" award. This year, there were hardly any San Francisco films but we noticed a huge uptick in cameos. We had a Best Cameo award for five years, from 2002 through 2006, but then let it die off. This year we've decided to revive it, and we have more "Buzzworthy" suggestions for Best Cameo in a 2016 Film than for any other award this year. You'll find this award at the end of the Best Performances section of the ballot.

The tweak was to the "Best Queer Film" award. Some in our community identify more as "queer" than other labels, and originally we felt it was sufficiently inclusive of the entire community. But others aren't ready to reclaim the term. We therefore decided to rename this award Best LGBTQ Film of 2016. All the same sorts of films as before are eligible to be nominated.

Here's the schedule for the 2016 awards season.

Can't remember what you saw in 2016? The ballots include "Buzzworthy" suggestions, but you're free to nominate any eligible film or performance. Here are a few resources to let you know which films are eligible:

Are you ready? There are two ways to vote: