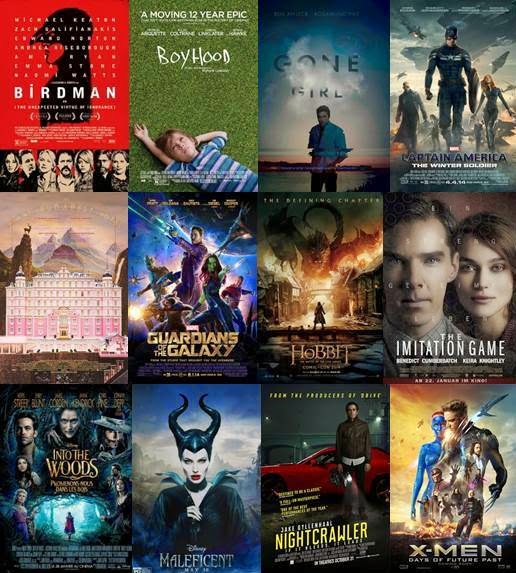 Nominations have been announced for the 2014 Cosmique Movie Awards, and the nominees for the Best Overall awards are below.

The Best Overall awards recognize films in a variety of general and technical categories regardless of genre -- everything from Best Film of 2014 to Favorite Guilty Pleasure.


Best Cinematography, Set Design or Art Direction for a 2014 Film


Best Costume Design or Make-Up for a 2014 Film


Best Use of (Gratuitous?) Nudity 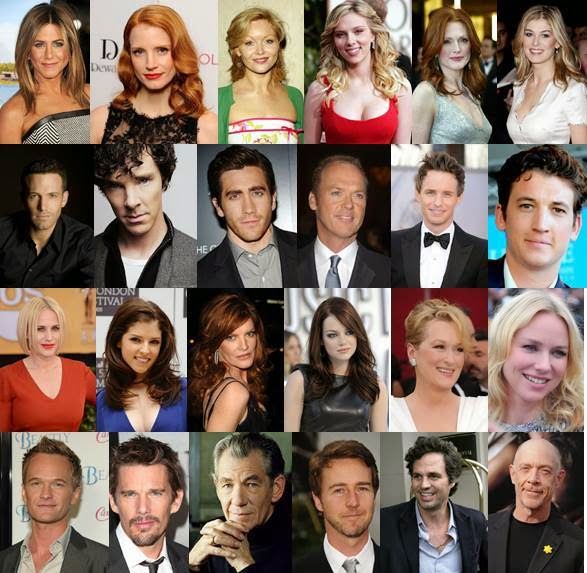 Nominations are in for the the 2014 Cosmique Movie Awards, and here are the nominees for the Best Performances of 2014.

Our awards range from the traditional to the irreverent, from Best Lead Actor to Best Female Villain and Sexiest Ensemble. Our top nominees have some overlap with the Oscars -- but here in particular, our voters showed their independence.

If you want to help select the final winners, you can vote online for each award. Ballots must be completed no later than midnight on Friday, March 20, 2015. Here are the Best Films by Genre nominations for the 2014 Cosmique Movie Awards.

This year has several new awards. Best Fantasy Film and Best Science Fiction Film remain split, like last year, and are joined by a new Best Superhero Film of 2014. In addition, we have finally split the Best Mystery, Suspense, Horror, or Thriller Films award into two separate awards for Best Mystery/Suspense Film of 2014 and Best Horror/Thriller Film of 2014.

If you wish to vote for the winners, you can submit a ballot online. Voting must be completed by Friday, March 20, 2015 by midnight. 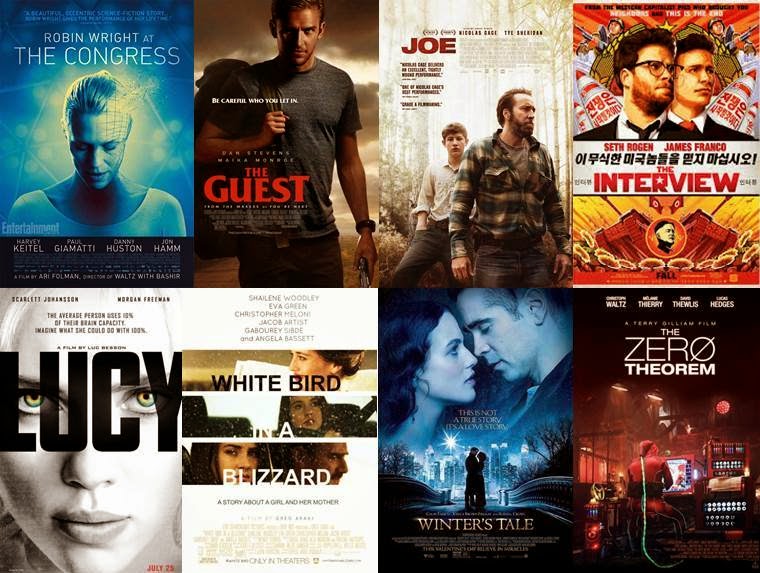 The nominations are in for the 2014 Cosmique Movie Awards, and here are the nominees for the Worst of 2014.

If you wish to help determine the "winner" of these three awards, you can vote online, but ballots must be completed by March 20, 2015.

Most Overrated Film of 2014

Quick tips for casting nominations for the 2014 Cosmique Movie Awards 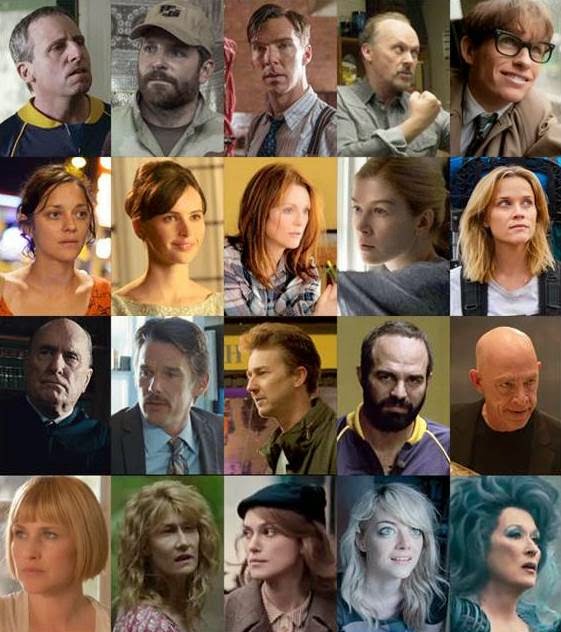 Nominations for the 2014 Cosmique Movie Awards are due in a week. We know, we know, it's so overwhelming to vote in the nomination round. Many voters get stumped trying to think of their top favorites for the year. It's so much easier to choose from small list for the final round -- like the difference between a blue book essay test versus a scan-tron.

So here are some suggestions for how we approach the nomination ballot ourselves.

(Confused? Check our more about who we are and an FAQ about the nomination process.)

First, what did you see?

It may be helpful to first try to narrow down what you saw. We have a two page list of eligible 2014 films in PDF format, but if you have Excel, we think that the Excel List of Eligible 2014 Films may be easier to work with.

With the Excel list, you can place an "X" in the "Rating" column and then use filters to only show the films you've actually seen. Or if it's helpful, you can put in a numeric rating (using any scale you'd like) and then use filters to not show the blanks. You can also add any notes next to certain films if you wish as a reminder of particular nominations you wish to consider it for.

Note that the eligibility list may not be exhaustive. We create the list by starting with the films that the Academy of Motion Picture Arts & Sciences say are eligible for the year's Oscars, which they limit to films that were released for at least seven consecutive days in a Los Angeles theater. We then supplement with other films that miss the AMPAS' strict criteria but which we still think should be included, which sometimes also includes movies that only hit the film festival circuit before being released on DVD. Sometimes that may even include 2013 films that simply weren't accessible to most Cosmo voters until 2014. Because of this, if there are films that aren't on our official list that you nevertheless think should count as a 2014 film, please comment below or email us to confirm its eligibility, or vote for it and take your chances.

We've found that the MS Word Nomination Ballot may be easier to use than the online ballot. With the MS Word Ballot, you can keep it open and work on it a little at a time, taking breaks as needed and then coming back to it when you can.

For each award, we've provided a brief explanation of its scope. We've also provided a list of potential nominees getting buzz. In some cases, these are films and people who have been nominated for similar awards at other film awards, or were on pundits' lists of possible nominees. For genre awards, many were based on IMDB's ratings for each genre. For Lifetime Achievements, all previous nominees not yet inducted were included, along with others high on the American Film Institute's Top 100 List or other industry lists. And for many awards, we added a few of our own ideas, too.

But remember, you are not bound by the list of buzzworthy ideas. Feel free to nominate any film you think is eligible and worthy.

Our recommendation is to download the MS Word ballot if you have MS Office. Make a quick pass, writing in some quick nominations that you're sure about. Then make another pass, reading through the Buzzworthy list for each award to get additional ideas.

Remember, you don't have to fill in all five slots per award if you can't think of enough you think are worthy. You can even skip entire awards if you don't care for the genre or can't think of any appropriate nominees.

Of course, if you don't have Microsoft Office, you can always use the online ballot.

Submit your ballot by Friday, February 13, 2015 at midnight

Whether you vote online or with the MS Word ballot, be sure to submit it before midnight PST on Friday, February 13, 2015.

If you've already submitted a ballot but want to change something, you can either resubmit your ballot with the change (we will only use the most recent submission), or you can email us and explain to us what you'd like to change.

More questions? Check out our nomination FAQ, and if that doesn't help, post a question below or email us.